A lot of people who have automatic dishwashers don't use them, but they might save money on water and electricity if they did.

Even though 68 percent of homeowners own dishwashers, about 20 percent use them less than once a week, suggesting people are hand washing dishes.

Many reasons could account for this, but one of them should not be cost. Dishwashing by hand uses 3.5 times more water than a modern dishwasher and three times as much electricity, according to a 2011 study by the University of Bonn.

Appliance maker Bosch says more than 40 percent of families argue about the proper way to load a dishwasher.

About 60 percent agree about whether to pre-rinse. Nearly 39 percent of the arguers say they disagree on whether knives should point up or down, while 30 percent argue about where plastic containers should go.

General Electric Co. has defined three main types of dishwasher loaders:
Protectors, who are concerned that utensils are loaded handle up so the eating end isn't touched when unloading.
Organizers want to get everything in and out as quickly as possible.
Curators are the artists, particular about how the result looks, with similar items placed together, including directing pan handles in the same direction. The curators are also the culprits who rearrange the load.
What is the right way?

Dishwasher manufacturers and home style maven Martha Stewart agree on some basics for the right way to load a dishwasher:
If the washer has a third, shallow rack on top, load flatware and large utensils there to free up space below.
Put glass and plastic on the top rack where water pressure and heat are less intense.
Point knives down for safety. Mix utensils in the basket so spoons and forks don't nest together.
Martha Stewart advises never to wash nonstick or cast iron pans in the dishwasher but stainless steel pans get cleaner in the dishwasher.
Read the manual to find out about specialized settings. Nearly 70 percent of user just press 'normal.'
Don't put these items in the dishwasher

Maybe they do, but they don't have to, according to soap and dishwasher manufacturers.

Except for removing large particles of food, pre-rinsing can actually hinder dishwasher cleaning, says the makers of Cascade. Enzymes in Cascade are designed to attach to food particles. Without particles, they have nothing to attach to, according to the Wall Street Journal.

Dishwashers made by Whirlpool have 'TargetClean' options in which sensors detect soil on dishes. Jet sprays focus on those casserole dishes and power off baked on food.

The Samsung Zone Booster setting puts more water pressure on one side where especially dirty dishes are stacked. 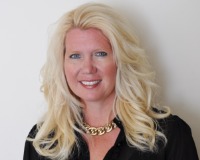 Jodi is a full-time Realtor who has been making her clients Real Estate goals a reality for over 7 years. Jodi's extensive knowledge and management experience in the banking industry provides her with....

Looking for New Construction? Here’s What to Keep in Mind COMPLIMENTS OF MATT WIELGOSAmong the many unexpected effects of the COVID-19 pandemic has been an unprecedented level of demand

After Offer Accepted Contract To Closing

There is a lot that goes in to buying a home, and it all takes some time. Questions about the process? Send me a message — I'm here to help! Matt Wielgos | EXIT Best Realty(C) 815-861

Homebuyers and sellers showing resilience When industries begin speaking of a "new normal," it can be difficult

Is Your Home Making You Sick

CANCER AND RELATED RADON ILLNESSRadon is a naturally occurring gas that seeps up from the ground and is released naturally. Outdoors, the effects of radon are minimal as it dissipates without

By registering, you agree to our terms of use and that real estate professionals and lenders may call/text you about your inquiry, which may involve use of automated means and prerecorded/artificial voices. You don't need to consent as a condition of buying any property, goods or services. Messages/data rates may apply.